International outdoor exhibition in Vienna: "After the Great War. A New Europe 1918–1923"

When did the First World War really end? How many new states did appear on the map back then? How long did the military operations continue despite the ending of the war? Did being a millionaire actually mean being rich and what did the First World War change for women? These and other questions are answered in the outdoor exhibition titled “After the Great War. A New Europe 1918–1923”, which is going to be shown in Vienna between 20 May and 2 July.

Prepared by the European Network Remembrance and Solidarity (ENRS) in cooperation with an international circle of historians, the exhibition marks an attempt at summarising the tumultuous beginnings of the interwar period, with particular emphasis on the history of East-Central Europe. The presentation includes over 200 pieces of archival material – photographs, documents, films, maps as well as individual testimonies to memory – shown in an interactive fashion. “Our objective is to show that the consequences of certain phenomena from a century ago can be felt still today. By juxtaposing various interpretations of processes taking place in our region after the Great War, we can also present different sensitivities of individual nations as well as the diversity of the images of the conflict imbedded in collective memory”, says Prof. Jan Rydel, the Polish coordinator in the ENRS.

The rich selection of materials showcased at the exhibition documents and makes the viewer realise the unprecedented scale of the changes that took place in Europe in the period 1918–1923. The First World War (1914–1918) completely transformed the face of the continent. On the heap of rubble left by four powers, a dozen or so new countries emerged. Almost all borders were delineated anew, often in armed conflicts over the five years following the official end of the war. In a number of places, such processes came to a close as late as around 1923. As a result of tensions between different and frequently contrasting interests, there emerged a ‘New Europe’ (a term first used by the Czechoslovakian president TomášG. Masaryk), where some nations perceived the result of the war as a great tragedy, while for others it marked the culmination of endeavours in their fight for independence. Yet what was common to them all was the labour of reconstruction after the wartime destruction and modernisation efforts made in the shadow of not just a political but also social, economic and cultural transformation. 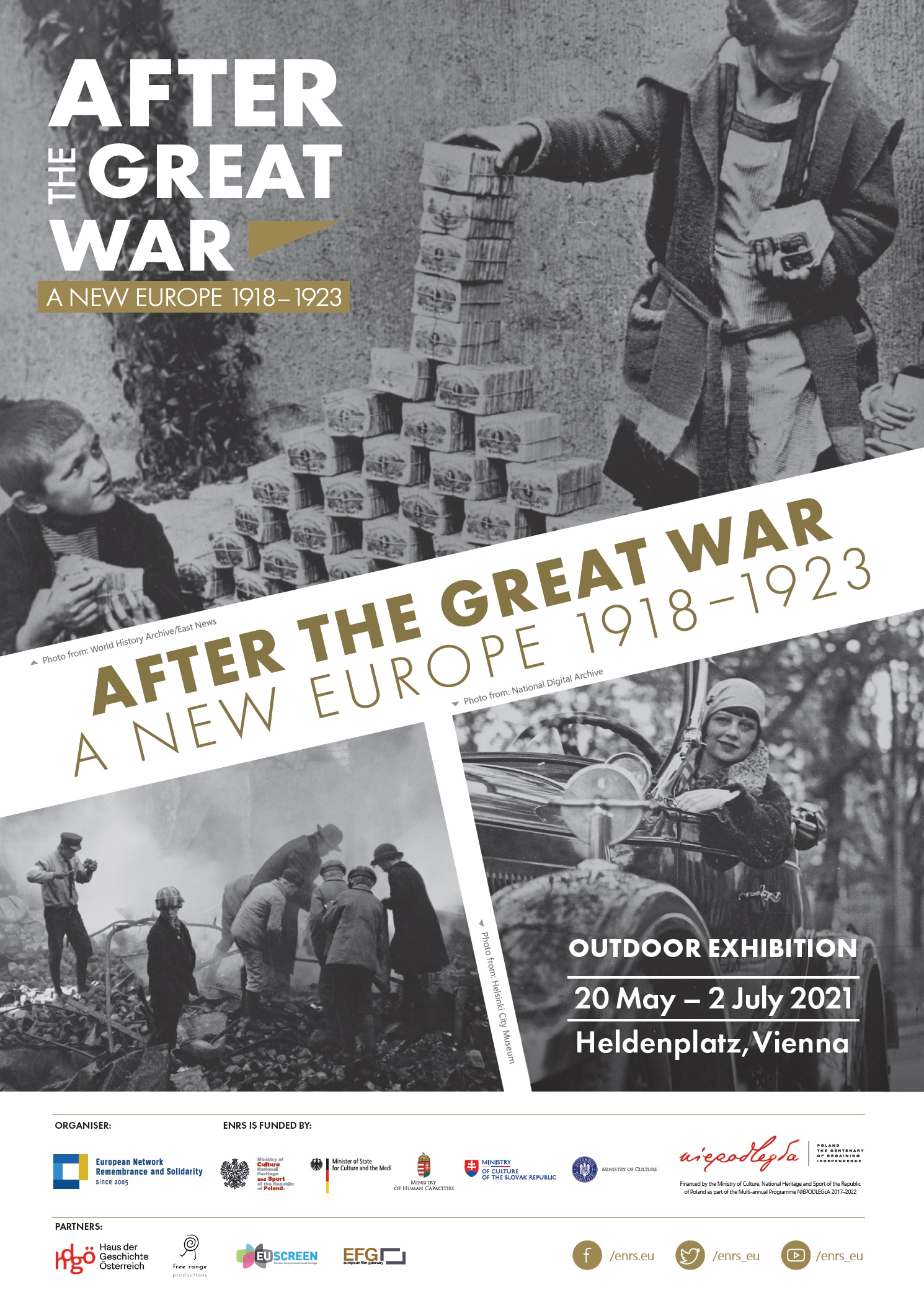 As part of its international tour, the exhibition “After the Great War. New Europe 1918–1923″ has been on display for three years now. Thus far, it has been shown in Prague (Czechia), Sarajevo (Bosnia and Herzegovina), Bratislava (Slovakia), Verdun (France), Berlin and Weimar (Germany), as well as in the Polish cities: Wrocław, Kraków, Warsaw, Poznań and Lublin. The presentation in Vienna is the first visit of the exhibition in Austria, an observer country of the European Network of Remembrance and Solidarity.

Financed by the Ministry of Culture, National Heritage and Sport of the Republic of Poland as part of the Multi-annual Programme NIEPODLEGŁA 2017–2022